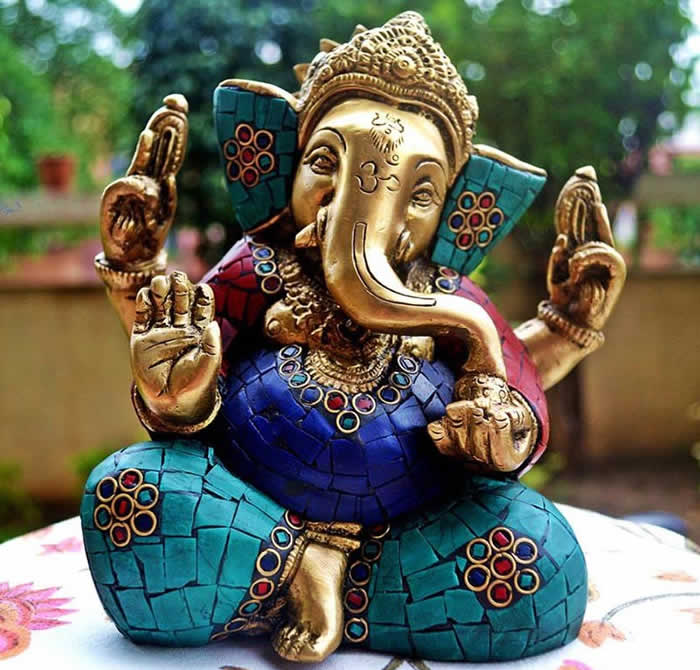 Ganesh Chaturthi is a festival that is immensely important to the Hindus. It is a festival that drives the entire city on the streets of Mumbai; Ganesh Chaturthi is celebrated with much pomp in the state of Maharashtra. Music, processions, dance and colour make the city of Mumbai during this dynamic festival. It is observed as the birthday of Lord Shiva and Goddess Paravati’s son – Lord Ganesh. He was born during the waxing moon period, on the fourteenth day, between August and September. He is the God of intellect, prosperity and fortune. In 2016, this auspicious day of Ganesh Chaturthi will fall on the 5th of September. It falls in the Bhadrapada month in the Hindu calendar, i.e. August 19th to September 16th in the Gregorian calendar of 2016. Ganesh Chaturthi is celebrated over a ten day period in Maharashtra and Andhra Pradesh whereas most places celebrate it for one day. It is also known as Vinayaka Chaturthi and Vinayaka Chavithi. He is one of the most important Hindu deities and a GANESH STHAPANA precedes every puja.

Ganesh Chaturthi is more popular in the western and southern part of India as compared to the northern part. The first day of the festival reveals idols of different shapes and sizes being installed in homes, temples or public mandapas. The Pranapratishhtha and the Shhodashopachara are chanted by the Pandit. While offerings are made to the deity hymns are simultaneously sung by the devotees. The Ganesh idol is worshipped for ten days and then immersed in water. At Home: these idols come in different shapes and sizes; these can range from as small as an inch or as huge as over 20 feet. The idol of the deity is worshipped twice and offerings are made in the form of flowers and sweet delicacies. It is celebrated in different ways in Karnataka, Andhra Pradesh, Goa, Kerala and Tamil Nadu but their essence remains the same.

In Public: these are organised in housing societies or by organisations where a larger mass of people come together to celebrate this occasion. As a large-scale activity, it also requires a huge amount of funding, which can be taken care by business organisations of the society.

The two favourite dishes that dominate the festival of Ganesh Chaturthi are Modak and Karanji.

Modak: known by different names like Modagam, Kadubu, Kozhakatta and Kudumu; Modak is the delicacy of this religious fest. This delicious treat also happens to be Lord Ganesh’s favourite sweet. Karanji: is similar to Modak and is made out of flour, coconut, jaggery, etc. but is a semi-circle in shape.

Many stories revolve around the birth of Lord Ganesh and how he got the ‘elephant head’. One story says that when Ganesh was born; Lord Shiva and Goddess Parvati invited all the deities of the heavenly world to their abode. The only God that who chose not to come was Lord Shani. He told the proud parents that if he comes to the event, then something bad will befall their new-born. However, Parvati and Shiva coaxed him, after which Lord Shani finally attended and looked at the baby Ganesh. The moment he did so, the body of Ganesh separated from his head. On Lord Vishnu advice, the head was replaced by the head of the first living thing they chanced upon.

Another story suggests that Ganesh was created out the sandalwood paste smeared on Goddess Paravati’s body. Apparently the goddess created Ganesh to stand guide while she took a bath. It so happened that Lord Shiva wanted to enter the place but Ganesh wouldn’t let him. Fierce, he beheaded this creature who so vehemently refused his orders. Parvati upon coming out was so angry that she took the form of Kali and threatened to destroy the world. Shiva, to cool her down, brought the head of the first creature he happened to come across, i.e. an elephant and replaced it on Ganapati’s body.

It is said that Lord Vishnu’s birth star Shravan is concurrent with this month; hence this month is immensely significant. Moreover, it is believed that worshipping particular deities on specific days of this month is extremely beneficial. They are as follows:

The Mondays of the Shravan month are known as Shravan Somvar. Tuesdays are auspicious to undertake the Mangal Gauri Vrat and Fridays for Shravan Shukravar Vrat. Performing Griha Shanti Puja is extremely beneficial at this time. Moreover, it is the period related to rainy season which is paramount for harvests.